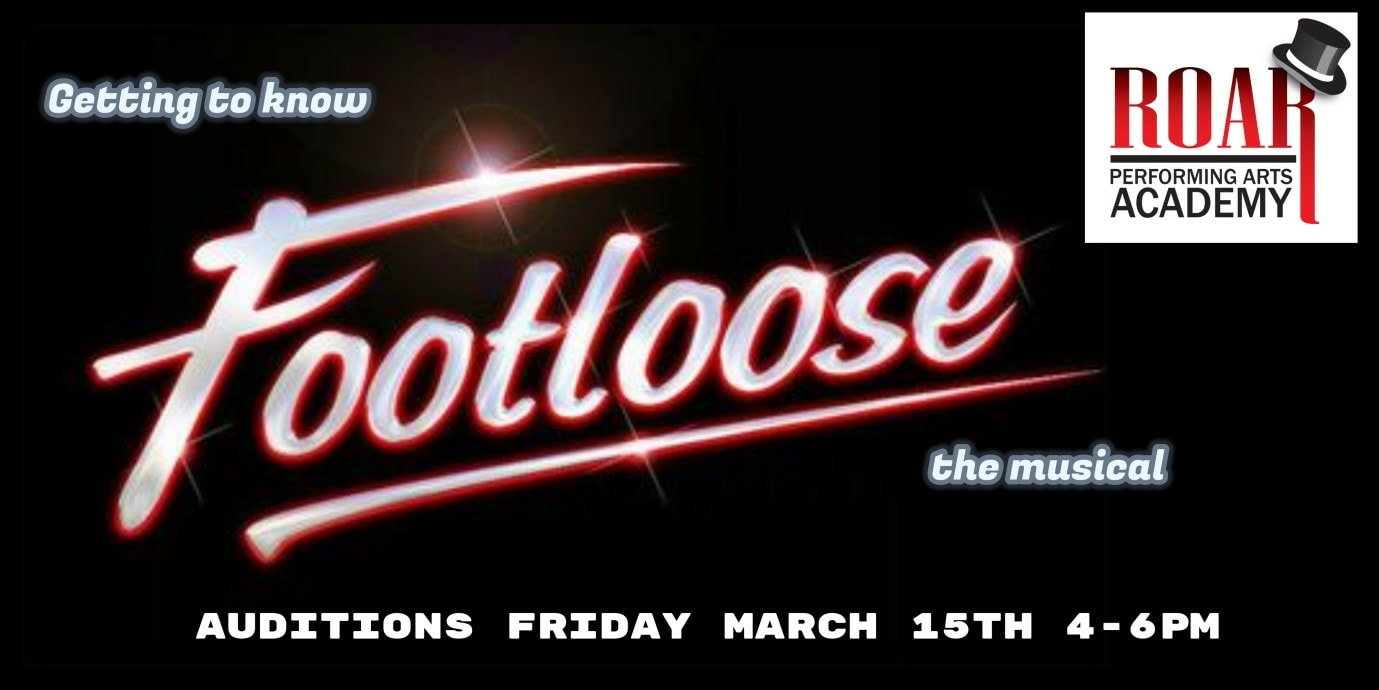 Getting to know FOOTLOOSE the Musical

Uniquely adapted specifically for youth performers
GETTING TO KNOW… FOOTLOOSE is presented through special arrangement with ORiGiN™ Theatrical on behalf of R & H Theatricals: www.rnh.com

​Those wishing to audition for major roles (listed below) should attend the audition session on Friday, 15 March.

Synopsis
One of the most explosive movie musicals in recent memory bursts onto the live stage with exhilarating results. When Ren and his mother move from Chicago to a small farming town, Ren is prepared for the inevitable adjustment period at his new high school. What he isn't prepared for are the rigorous local edicts, including a ban on dancing instituted by the local preacher, determined to exercise the control over the town's youth that he cannot command in his own home. When the reverend's rebellious daughter sets her sights on Ren, her roughneck boyfriend tries to sabotage Ren's reputation, with many of the locals eager to believe the worst about the new kid. The heartfelt story that emerges is of a father longing for the son he lost and of a young man aching for the father who walked out on him.

To the rockin' rhythm of its Oscar and Tony-nominated top 40 score (the soundtrack album reached number one on the Billboard charts and has sold over 17 million copies!) and augmented with dynamic new songs for the stage musical, Footloose celebrates the wisdom of listening to young people, guiding them with a warm heart and an open mind.

Characters
REN McCORMACK – a teenage boy from Chicago and a strong dancer. Is seen as a young rebel always getting into trouble
ETHEL McCORMACK - his mother – strong-willed and outspoken and would do anything for her son
REVEREND SHAW MOORE - the minister of Beaumont and the most powerful figure in Beaumont – a stern strict solemn man
VI MOORE - his wife also strong-willed
ARIEL MOORE - their teenage daughter and her father’s worst nightmare – energetic, strong-willed, sharp-tongued and aware of her sensuality
RUSTY - Ariel's best friend – comedic and a bit of a ditz
URLEEN & WENDY JO - Ariel's friends – Urleen is the smart one of the group
CHUCK CRANSTON - Ariel's boyfriend – motorcycle riding, foul-mouthed
WILLARD HEWITT - Ren's friend, a country boy with a warm heart and a big crush
COWBOY BOB - the lead vocalist at the Bar-B-Que