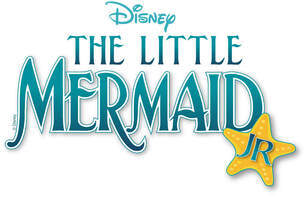 Licensed exclusively by Music Theatre International (Australasia)
All performance materials supplied by Hal Leonard Australia
BOOK TICKETS HERE
From classic literature to the Academy Award-winning film and Broadway musical, Ariel’s undersea journey is a beautiful love story for the ages.
Journey "under the sea" with Ariel and her aquatic friends in Disney's The Little Mermaid JR., adapted from Disney's Broadway production and the motion picture (featuring the enormously popular Academy Award-winning music and delightfully charming book and lyrics). Based on one of Hans Christian Andersen's most beloved stories, Disney's The Little Mermaid JR. is an enchanting look at the sacrifices we all make for love and acceptance.
In a magical underwater kingdom, the beautiful young mermaid, Ariel, longs to leave her ocean home — and her fins — behind and live in the world above. But first, she'll have to defy her father, King Triton, make a deal with the evil sea witch, Ursula, and convince the handsome Prince Eric that she's the girl whose enchanting voice he's been seeking.
Written to flow seamlessly between land and sea, Disney's The Little Mermaid JR. provides plenty of opportunities to bring these locations to life through creative movement and configurations. The fantasy of being underwater means the audience can let their imaginations run wild.

ROAR ACADEMY - MISSON and GOALS
ROAR ACADEMY’s mission is to provide a family-friendly atmosphere of inspiration in which to engage and excite students to learn the performing arts and through empowerment, achieve excellence in all areas of performance.
At ROAR we strive to provide an atmosphere that inspires the performer in all of us - regardless of your level of experience – and we encourage anyone with an interest in theatre to join the ROAR ACADEMY FAMILY.
We aim to create wonderful works of theatre that not only bring joy to those in the cast and crew, but also to the community around us.
Our season consists of 4 Musical Theatre Workshops – one held in each of the school holidays at THEATRE 102 - a major Junior Theatre production (held in February at the Redcliffe Entertainment Centre) and a selection of One-Act plays that we tour through the SE Qld Drama Festival circuit as well as concerts and specific workshops.