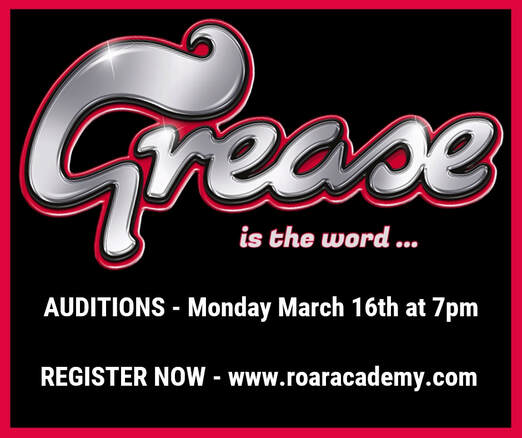 Book, Music and Lyrics By
JIM JACOBS and WARREN CASEY

Experience the friendships, romances and adventures of a group of high school kids in the 1950s. Welcome to the singing and dancing world of "Grease," one of the most successful and well-loved musicals of all time.

Grease is a 1971 musical by Jim Jacobs and Warren Casey. Named after the 1950s United States working-class youth subculture known as greasers, the musical is set in 1959 at fictional Rydell High School (based on William Howard Taft School in Chicago, Illinois) and follows ten working-class teenagers as they navigate the complexities of peer pressure, politics, personal core values, and love. The score borrows heavily from the sounds of early rock and roll.

Its themes include love, friendship, teenage rebellion, sexual exploration during adolescence, and, to some extent, class consciousness and class conflict.

Grease was first performed in 1971 in the original Kingston Mines nightclub in Chicago (since demolished). From there, it has been successful on both stage and screen, but the content has been diluted and its teenage characters have become less Chicago-based and more generic. GREASE went on to become a Broadway and a West End hit, a successful feature film, two popular Broadway revivals in 1994 and 2007, and a staple of regional theatre, summer stock, community theatre, and high school and middle school drama groups. It remains Broadway's 16th longest-running show.

Grease was adapted in 1978 as a feature film also named Grease, which removed some plot elements, characters, and songs while adding new songs and elaborating on some plot elements only alluded to in the musical.

For detailed information regarding audition requirements and roles, please download the audition pack here: Audition Pack
Payment for the holiday workshop can be made by Direct Deposit into ROAR Academy's Bank Account
(Bendigo Bank BSB: 633 000 / ACC NO: 144 275 567)
Reference: Your Name / GREASE