Students from Roar Performing Arts Academy in REDCLIFFE, QLD won a Freddie G Excellence in Music group award; student Liam Hartley received a Freddie G Award for Excellent Individual Performance by a Male award; and Roar Performing Arts Academy educator Lucas D. Lynch received a Freddie G Broadway Junior Slam award at the 2016 Junior Theater Festival, which happened January 15, 16 and 17 in Atlanta, GA, U.S.A.  (The Broadway Junior Slam is a theatrical challenge in which students and teachers who don’t know each other must stage and perform a song from a musical in one hour.)  It was the group’s first year at the festival. 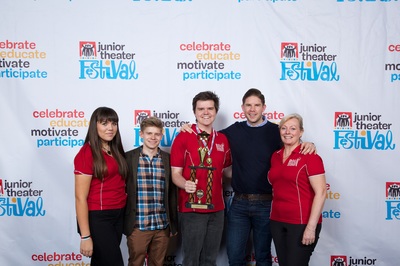 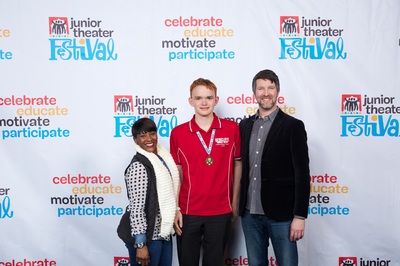 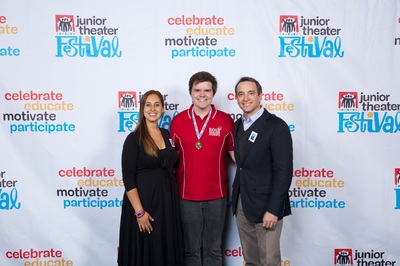 John Prignano said, “Roar Performing Arts Academy’s performance of Into The Woods had an extremely mature cast that displayed great storytelling and consistent energy”. Added Holly Stanfield, “Into The Woods JR. was brilliantly sung and staged.”

Lucy Turner was one of 319 students who made it to the call-back for future Broadway Junior shoots for “how-to” choreography videos for soon-to-be-released Broadway Junior musicals. The shoots will be taped in New York City, U.S.A. this summer (July and August in the U.S.A). The Broadway Junior scouts were on the lookout for outstanding students; out of 5,000 students attending the festival, 319 were invited to audition for iTheatrics resident choreographer Steven G. Kennedy. The final cast will be determined later this year. These videos will be used in tens of thousands of schools across the country and internationally.

Kelsie Parkes and Liam Hartley were named to the Junior Theater Festival All-Stars, made up of outstanding performers attending the festival. The All-Stars performed a song during the closing ceremony for all 5,000 festival attendees.

The Junior Theater Festival offered an enthusiastic environment for students and teachers to interact with thousands of others who share their passion for musical theater. In addition to presenting a 15-minute selection from a musical, both students and teachers participated in interactive workshops led by Broadway professionals as well as gained from professional development and enjoyed theatrical fellowship.

About Into the Woods JR.

​The Brothers Grimm “go Broadway” in this cockeyed fairy tale in which beloved childhood characters Cinderella, Little Red Riding Hood, Jack (and his beanstalk) and a wicked witch meet and interact on their journeys. With unforgettable roles, little dancing, and no chorus, Into the Woods JR. showcases a medium-sized ensemble of talented singers and actors. The sophisticated score (book by James Lapine, music and lyrics by Stephen Sondheim) has been adapted to make it easier—though still challenging—for young performers. Into the Woods JR. is a funny and engaging way to get young people to think about the stories they’ve grown up with, and the ethical issues raised within them.

About the 2016 Junior Theater Festival

​Darren Criss (Glee, Hedwig and the Angry Inch) performed a concert for all attendees featuring songs from his Broadway and television career.

The festival shone the spotlight on the next generation of composers and artists during Pathways, a Q&A event in which Broadway talent talks candidly about their experiences and presents works from new shows. This year’s Pathways featured songwriting team Benj Pasek and Justin Paul (Dear Evan Hansen); New York Times best-selling author Jodi Picoult and songwriting team Kate Anderson and Elyssa Samsel (Between the Lines); songwriter and music director Rob Rokicki (The Lightning Thief); composer/lyricist Matthew Lee Robinson (Atlantis, Happy People); and performer Cory Lingner (On the Town). Joining them in performance was Ben Platt (Dear Evan Hansen), Megan Rozak (winner of national If/Then contest), Janice Landry (Japan tour of Disney on Classic with the Tokyo Philharmonic Orchestra), Corey Cott (Newsies), and Ryann Redmond (If/Then, Bring it On the Musical).
Broadway composers Benj Pasek and Justin Paul (Broadway’s A Christmas Story the Musical, Dogfight, Smash and Roald Dahl’s James and the Giant Peach); performer Philip McAdoo (The Lion King, Rent), and Morgan Rose (first national tour of Shrek the Musical, Dear Edwina) were some of the guest adjudicators. In the spirit of celebration and not competition, each group at the festival performed a selection from a musical for a panel of theater professionals and received feedback about their creativity, engagement in the performance, understanding of the material and connection to the lyrics and movement.
The festival honored the 20th anniversary of Music Theatre International CEO Freddie Gershon launching Broadway Junior, the first educational division in a major musical theater licensing firm, which created the educational musical theater market. Broadway Junior musicals are developmentally appropriate versions of classic and popular shows designed to be directed by teachers and performed by students. All Broadway Junior musicals include the materials needed to produce a show as well as educational resources tailor-designed to the needs of schools, teachers and students. Beginning in 2010, the festival has paid tribute to Gershon’s vision by naming its student awards “The Freddie G’s.”

OUR TEAM IS HEADING TO THE USA! 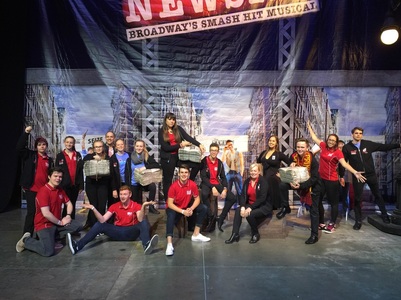 Roar Academy's senior students will be performing competitively at the Junior Theatre Festival in the US early next year. We will be the only group attending from Australia and have been personally invited to attend by Music Theatre International. We will be presenting a fifteen minute segment from Into the Woods Jnr.

"Produced by the Junior Theater Group and under the educational and artistic supervision of iTheatrics, the Junior Theater Festival (JTF) brings students, teachers and Broadway professionals together to celebrate outstanding student musical theater productions. Events include adjudications, workshops for students, Broadway celebrities, a New Works Showcase, Awards Ceremonies and the largest collection of musical theater professional development under one roof. Held annually in Atlanta, GA over Martin Luther King Weekend, JTF has become a must attend musical theater event and has served as the launch for Disney’s High School Musical and NBC’s SMASH. The festival has welcomed guests such as Disney Theatrical Productions President, Thomas Schumacher, musical theater writers such as Alan Menken, Jeanine Tesori, Benj Pasek, Justin Paul, Thomas Meehan, Martin Charnin, Charles Strouse, actors like Skylar Astin, Briga Heelan, Christian Borle, Brian D’Arcy James, Zac Efron and many more. You never know who will show up! Since its inception in 2003, JTF has grown from 650 people in attendance to over 4,500 attendees. It is a weekend of true musical theater madness that is not to be missed!"

​Update on the event to come soon.... 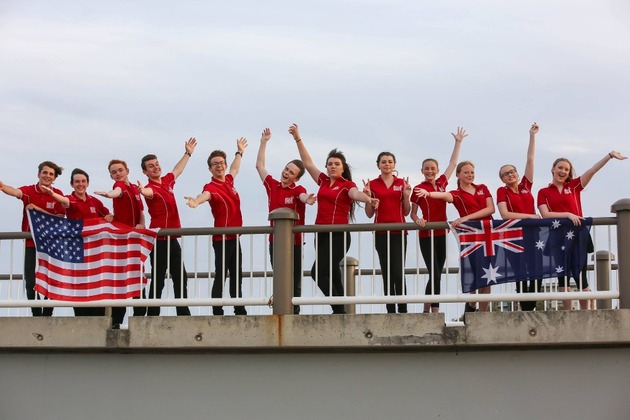