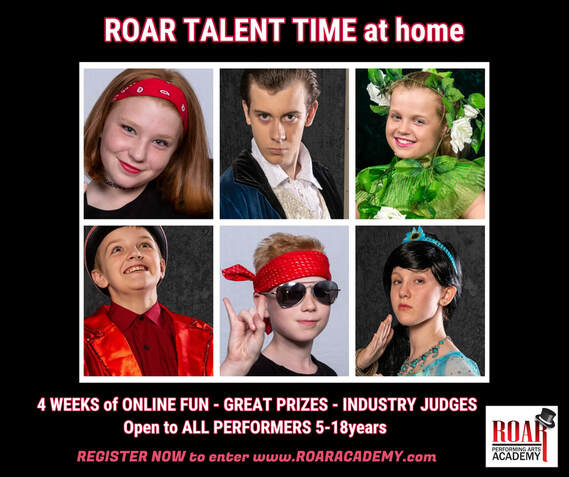 This competition is OPEN TO ALL PERFORMERS aged 5-18years (not just ROAR Academy students) – so start sharing this information with all your friends, family and School Friends

TALENT TIME commences on MONDAY April 27 2020 and will run for four (4) weeks:
GUIDELINES
Each week three finalists will be selected and announced on the ROAR Facebook page
These finalists will win $50 each

The 12 finalists will perform in a Grand Final live stream, which will be judged by three guest judges and audience votes.
The Grand Final will be held 30 May and live streamed during the day - winners will be announced Saturday 30 May at 8pm.

The TOTAL PRIZE POOL will be shared among the GRAND FINAL WINNER, AUDIENCE CHOICE WINNER* and RUNNER UP –
​JUDGING PANEL

ROAR Academy are thrilled to be working with the following Industry Professionals who will select the weekly winners and Grand Final Winner and Runner-Up. 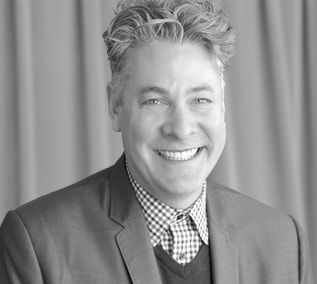 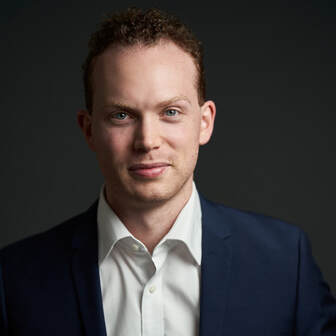 At first, while growing up, Sam Klingner tread the boards, studying and performing with a number of organisations in his home city of Brisbane, Australia. Now, on the business side of show business he has worked on a variety of productions throughout the world, including: Grease, Hairspray, Chitty Chitty Bang Bang, Cats, The Clairvoyants, The Tap Pack and The Big Bubble Show.
In 2016 and 2017, Sam was Associate Producer for The Works Entertainment, now part of the Cirque Du Soleil Entertainment Group. Productions presented during Sam’s tenure at the company included The Illusionists 1903 on Broadway, and Circus 1903 in Las Vegas.
From 2013 - 2019 Sam was the international producer of the hit show The Naked Magicians, which since premiering in 2014 has played in over 250 cities throughout USA, Canada, UK, Asia, Australia and New Zealand; including a smash hit run on London’s West End and a residency at MGM Grand in Las Vegas.
Sam is also the Australian and New Zealand producer of Menopause The Musical. 2019 saw the show tour to 40 regional venues across Australia, achieving sold out status most nights. 2021 will see the show tour New Zealand, and a return regional Australia tour due to popular demand.
In 2019 Sam secured the Australian rights for the off-Broadway and Las Vegas hit Friends! The Musical Parody, which is currently scheduled to tour Australia in late 2020. 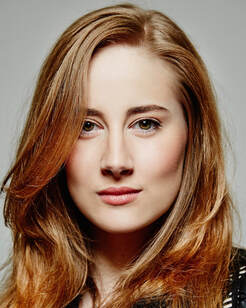 Rachael most recently played the role of Go-To-Hell Kitty in the Australian National Tour of Chicago The Musical. Other roles have included Margarita (Tango feature) in Opera Australia’s EVITA The Musical, originated Bombalurina in CATS the Musical at the Théâtre Mogador in Paris and for Royal Caribbean, Blue Girl in Shout! The Mod Musical, and Roxie Hart and Mona in Chicago. Rachael understudied the role of Lina Lamont in the Australian tour of Singin’ In The Rain and went on to tour the show to Tokyo. Further musical credits include GFO’s Australian tour of the London Palladium Production Wizard of Oz – The Musical, the Production Company’s Hello, Dolly! and Jesus Christ Superstar. Rachael’s TV appearances include the 2019 Carols by Candlelight, 2017 Carols in the Domain, 2016 Helpmann Awards, appearances on Sunrise and various TVCs and MVCs. She has danced for Kanye West in his live concert and in 2017 was chosen as a semi-finalist for the prestigious Rob Guest Endowment Award. Rachael has trained internationally with top private coaches and studios including the Howard Fine Acting Studio Australia and the Associated Studios London. www.rachaelvward.com 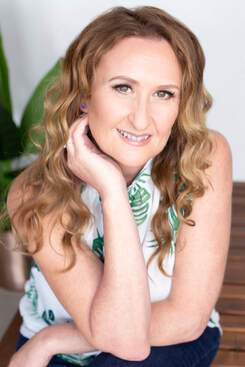 ​Meg has recently returned from the very popular Australian tour of Menopause the Musical – Women on Fire for Jally Entertainment as Vocal Coach and in the role of Earth Mother.  She holds a Master’s in Music studies, Vocal Pedagogy and BMus  - Voice from Queensland Conservatorium, Griffith University and successfully performs across SE QLD as a crossover singer in opera, jazz, pop and music theatre genres. She has performed variety of musical roles that include; Donna (Mamma Mia), Carlotta (Phantom of the Opera), Aunt March (Little Women), Mrs Corry (Mary Poppins) and Fairy Godmother in Flaws and All; a new Australian musical.   In addition, Meg’s theatrical roles include M’Lynn (Steel Magnolias), Michelle (‘Allo ‘Allo) and Miss Tipdale (Not now Darling) with local repertory groups.  Her operatic roles with Opera QLD and Operez include the title role of Agrippina and Lucia in Britten’s The rape of Lucretia.   Meg also performs in several covers and tribute bands in and around the Brisbane region and she also teaches over 50 students of singing each week at ROAR Academy,  2 prestigious Sunshine Coast colleges and her own private teaching studio in Brisbane. 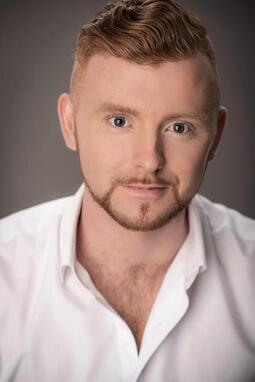 With his youthful energy, unique style and incredible knowledge of music from bygone eras, Thomas Armstrong-Robley has delivered electrifying performances in over 30 countries worldwide. His concerts are slick, heartfelt, humorous and focused on unparalleled audience satisfaction and engagement.
At only 25, Thomas has already enjoyed a colourful career in a variety of areas across the entertainment industry. Born in the UK and raised in Australia, he is an experienced performer, host and director with credits including RENT, Grease, Jesus Christ Superstar, American Idiot, The Wizard of Oz and The Secret Garden. Thomas has made multiple television appearances on Channel 7, Channel Nine and Network 10. Thomas even holds the distinction of youngest adult worldwide to perform the title role in Andrew Lloyd Webber's The Phantom of the Opera having appeared under the iconic mask at only 19 years of age.
In recent years Thomas has toured internationally with various concepts including World On A String: Live Tribute to Michael Bublé. In 2017, he led The Jersey Tones (tribute to Frankie Valli & The Four Seasons) on a 200 show tour through Europe performing to an estimated 100,000 guests. Since then he has travelled across North America, Europe, Asia & Africa earning standing ovations for his solo concerts and cabarets including Live at Frankie's: The Songs of Valli & Sinatra, Bublé, Broadway & Beyond and Beatles Unplugged on land and as a headline entertainer for various major cruise lines.
Whether it be crooning his way to your heart with the Rat-Pack hits of Las Vegas, singing a powerful show-tune from a beloved Broadway musical or telling witty anecdotes that will have audiences in stitches, his shows have something for everyone and are keeping timeless music alive all over the globe.